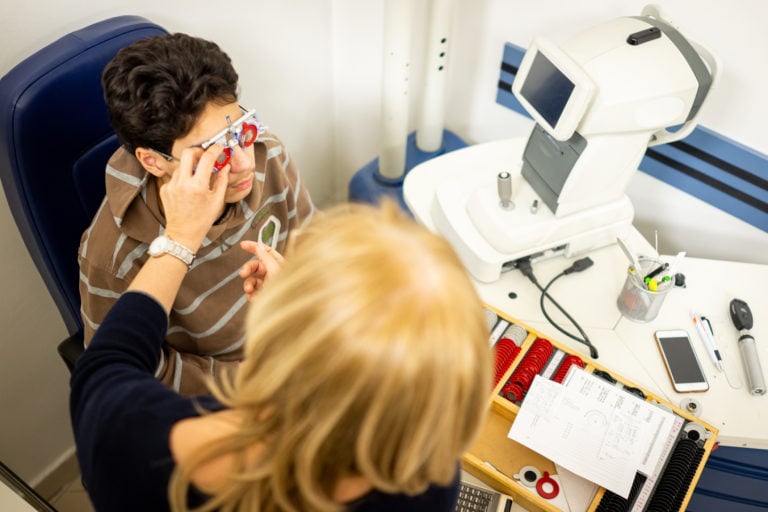 This U.S.-based multiethnic study measured the accommodative responses of myopic children aged 6 to 14 years to investigate the role of accommodative lag on the rate of juvenile-onset myopia progression.

Measurement of Accommodative Responses
Monocular accommodative responses were obtained for all children that met the inclusion criteria, n= 592.

Models combining lag before and lag after showed no interaction between near work and accommodation lag. Moreover, there was no effect of near work on myopia progression.  The study also determined that the amount of myopia (high or low), in addition to higher accommodative lag, did not indicate that the child may have an increased annual myopia progression.

Purpose: To investigate the role of accommodative lag on the rate of juvenile-onset myopia progression.

Conclusion: These data suggest that foveal hyperopic retinal blur during near viewing may not drive juvenile-onset myopia progression.